Ian is a passionate writer capable of handling both a steady stream of news reporting and regular editorial coverage. His interests range from Beyoncé to Street Fighter, making him a versatile addition to any workforce focused on the entertainment industry. 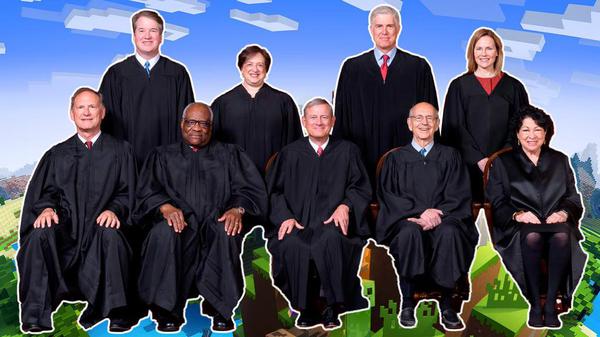 Here's How To Add U.S. Supreme Court Justices To Minecraft For No Reason At All

Minecraft is still one of the biggest games in the world more than a decade after its launch. At the same time, the justices of the United States Supreme Court are all over the news lately. It’s a no-brainer: Let’s put those judges in Minecraft! It’s never been easier to add fun avatars of friends, family members, or the ultimate, lifetime-tenured arbiters of American law to Minecraft. And afterwards, you can have all kinds of fun with them, from going on adventures to mining for precious gems. 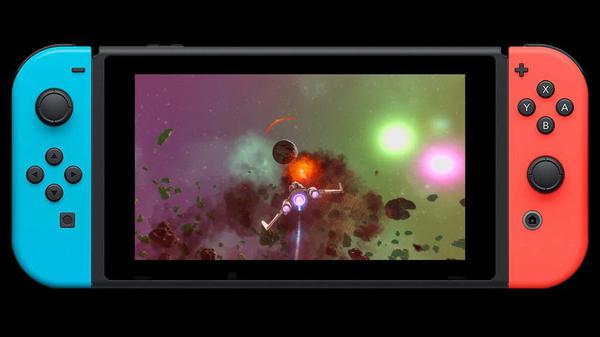 Hello Games is bringing massive spacefaring sim No Man’s Sky and most of its updates from the past six years to Switch on October 7, the company announced this morning. A physical edition of the complete, remastered PlayStation 5 version is also planned for the same day. “No Man’s Sky on this tiny portable device feels both completely natural and also totally improbable at the same time,” said Hello Games director Sean Murray. “This has been a real moonshot for our small team. No Man’s Sky is b 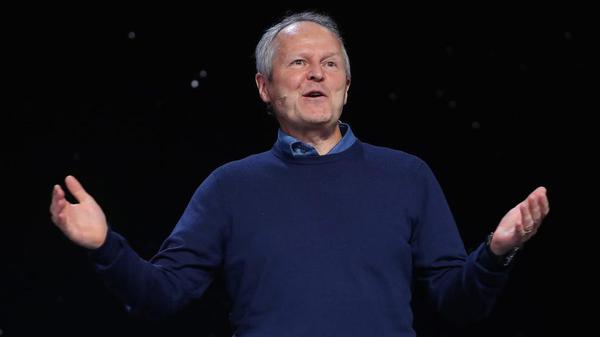 The latest Ubisoft earnings reports shared that longtime chief executive Yves Guillemot will voluntarily take a sizable pay cut totaling €310,607 (around $327,000 USD). These details were first spotted by Axios in fine print throughout the June 14 report among paragraphs of corporate jargon. “This is a personal decision by Yves Guillemot, which he took considering that the company had not reached the financial targets that it had publicly communicated to the markets,” a Ubisoft spokesperson to 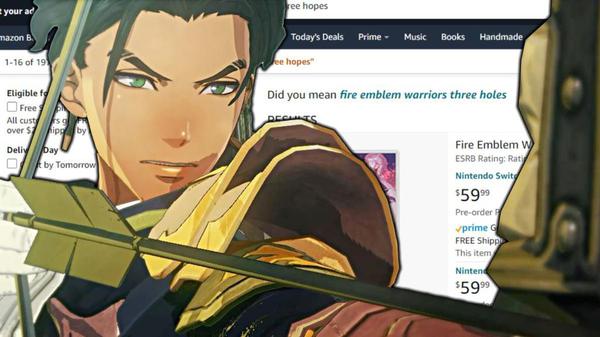 If you, like me, were intrigued by the recent smattering of Fire Emblem Warriors: Three Hopes reviews and went looking for a copy on Amazon, the online retailer probably responded with a funny question: “Did you mean Fire Emblem Warriors: Three Holes?” Thank you for asking, Bezos-mart, but no, I literally didn’t mean anything of the sort. Three Hopes is the upcoming Warriors-style sequel to Fire Emblem: Three Houses, the 2019 game that reignited just about everyone’s love for the classic Nint 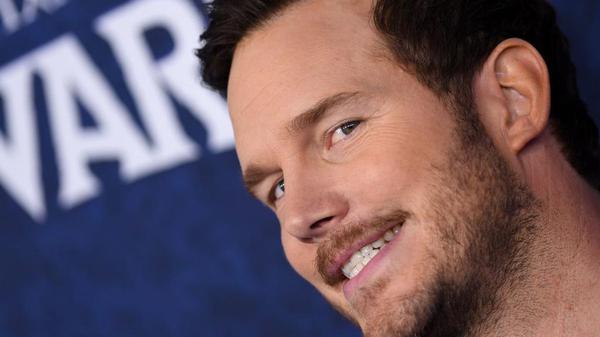 Illumination CEO Chris Meledandri is apparently under the assumption that his studio is being criticized for casting Chris Pratt as the eponymous plumber in its upcoming Mario movie due to concerns over Italian representation and not because, you know, Chris Pratt sucks. “When people hear Chris Pratt’s performance, the criticism will evaporate, maybe not entirely,” Meledandri told Deadline. “People love to voice opinions, as they should. I’m not sure this is the smartest defense, but as a perso 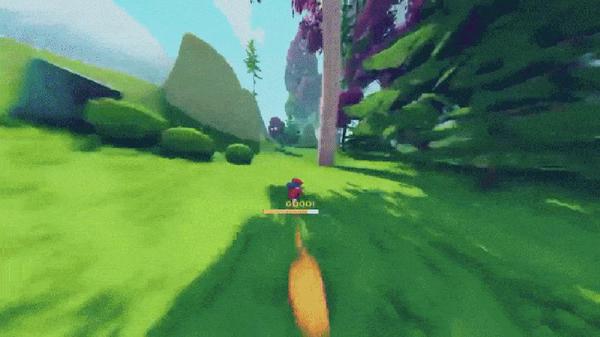 When developer Wilhelm Nylund shared a video of the upcoming Haste: Broken Worlds on Twitter earlier this week, it almost immediately blew up. The preview has since garnered almost 1 million views as well as thousands of retweets and likes. Much of the ongoing conversation, however, involves wishing Haste’s speed and momentum could be replicated in a much larger game: Sonic Frontiers. “Better Sonic than Sonic,” said Samuel Molina, a Spanish designer currently working on Star Citizen at Cloud Im 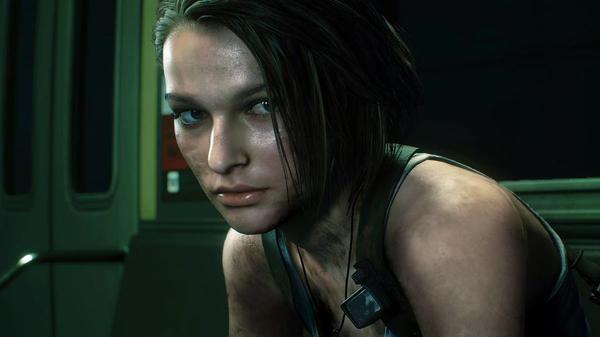 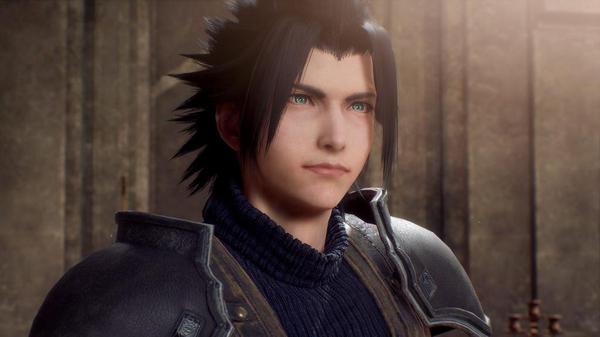 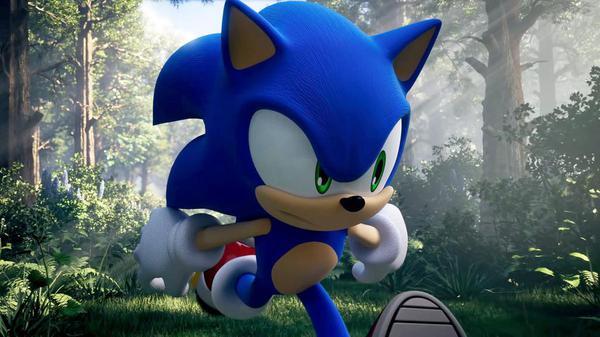 Morio Kishimoto, longtime Sonic Team dev and director of Sonic Frontiers, recently did his best to clarify what Sega means when it hypes up the game’s “open zone” mechanics. But his explanation seems to confirm the phrase is just a trumped-up marketing term rather than some sort of indication that Frontiers is substantially different from other sandbox games. “Our Open Zone is a world map, only we’ve made it entirely playable,” Kishimoto told IGN. “A playable world map that includes stage-lik 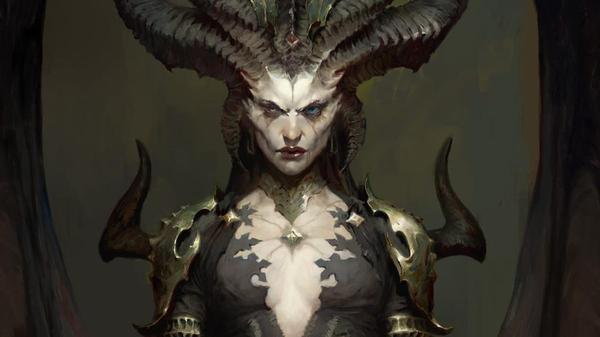 Diablo IV Won’t Be Anything Like Diablo Immortal, Blizzard Promises

With Diablo IV back in the news and the largely-maligned Diablo Immortal still a topic of conversation, developer Blizzard wants everyone to know that the two games are alike in name only. Diablo Immortal garnered significant criticism following its June 2 launch for all the reasons mobile games are inherently disliked. By going free-to-play, the only way for Diablo Immortal to make money is through microtransactions that are annoying at best and predatory at worst, confirming the worst fears 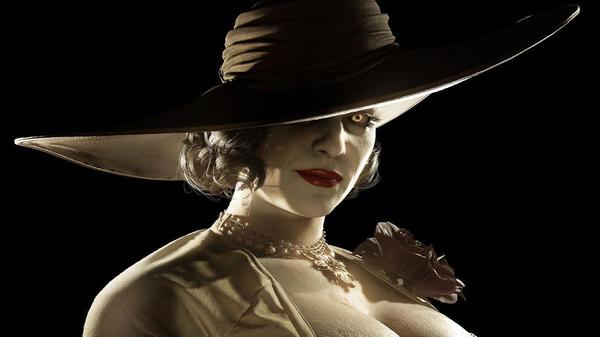 With not-E3 season in full swing, Capcom took the time to highlight its upcoming slate of games and updates during a special broadcast this afternoon. Resident Evil naturally played a big part in the show, which included info on a variety of upcoming downloadable content for Resident Evil Village and some very early footage of the Resident Evil 4 remake. Resident Evil Village may have ended on a bit of a cliffhanger, but Capcom plans to resolve those loose strings with a new chapter following p 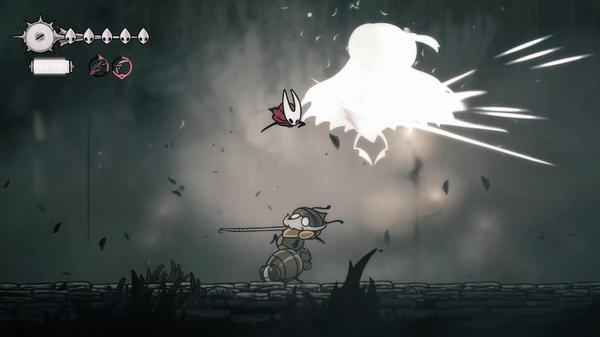 Team Cherry made an appearance during today’s Xbox showcase to show off more Hollow Knight: Silksong gameplay and announced that the game will be a day-one addition to Game Pass. Still no release date, but Xbox claims it’ll be out in the next 12 months. Silksong, the highly anticipated follow-up to 2017's Hollow Knight, is a game that everyone hopes to see at one of these events. The original blew fans away with its dark, stylized graphics and kept them hooked with punishing, Metroidvania-sty 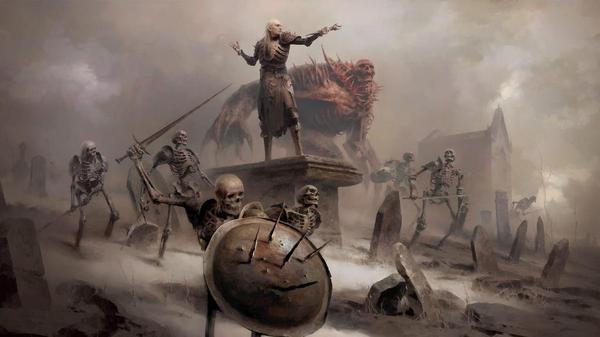 Diablo IV Revives The Necromancer For A 2023 Launch

Diablo IV is still set for a 2023 release, Blizzard announced today. And while that 365-day launch window may not be super exciting, it was also revealed that the fan favorite Necromancer will be the game’s fifth and final playable class (at least for now). Put on your finest bone armor, folks, it’s once again time to raise hordes of creaking skeletons. “We can’t wait to open the gates of Hell next year,” said Blizzard president Mike Ybarra. “The talented team behind Diablo IV puts gameplay f 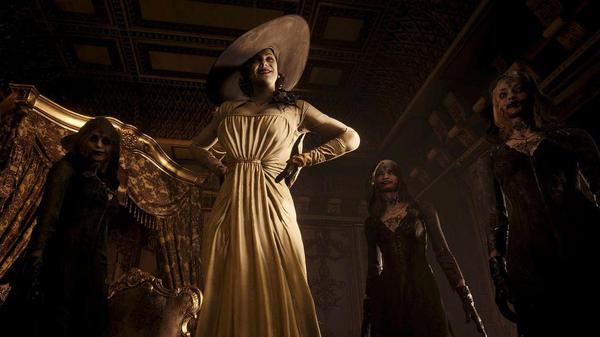 Capcom released another Resident Evil Village demo earlier this week. It doesn’t include more content than earlier previews, but it does have the distinct advantage of being playable from your internet browser thanks to Immersive Stream for Games, a licensable version of Google’s Stadia tech. The appropriately named Resident Evil Village Online Streaming Demo lets you play through the game’s previous “Village” and “Castle” demos via Chrome (on PCs) and Safari (on iOS) without downloading anyt 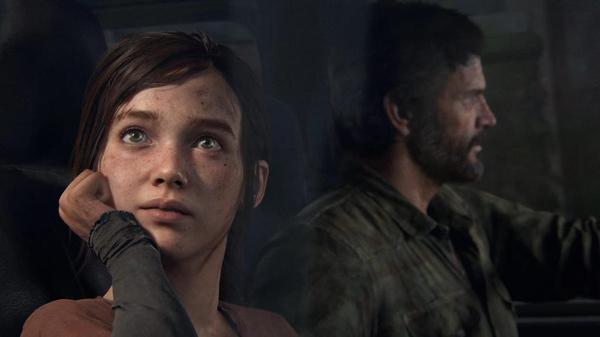 PlayStation Direct was recently (and inadvertently, it seems) updated with information on The Last of Us Part I, a remake of the original Naughty Dog adventure game “built from the ground up” for PlayStation 5 and releasing on September 2. It’s also coming to PC at a later date. Everything is gone now, but the internet never forgets. Update 06/09/2022 3:55 p.m. ET: The official trailer is now live. And here’s what Naughty Dog itself has to say about the remake: We’ve implemented modernized 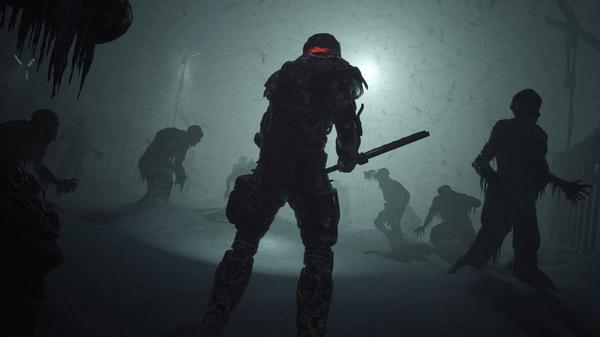 Yep, The Callisto Protocol Still Looks Like It’ll Give Us Nightmares

After a brief showing at State of Play last week, upcoming sci-fi shooter The Callisto Protocol got a full-on gameplay demo during today’s Summer Game Fest kick-off show. Unsurprisingly, The Callisto Protocol’s violence hasn’t been toned down at all in the last seven days, so expect some really gruesome, Dead Space-style moments when it comes to PlayStation 4, PlayStation 5, Xbox One, Xbox Series X/S and PC on December 2. Today’s preview, for example, included early-game footage of a new weapon 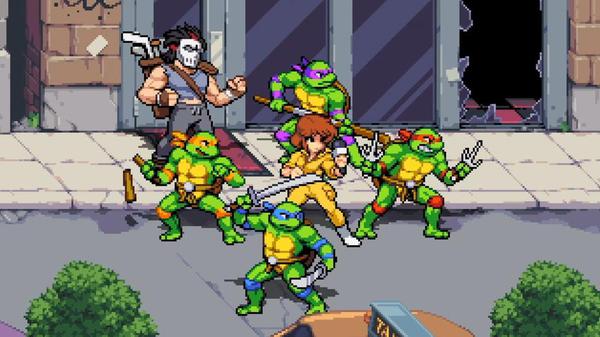 During today’s Summer Game Fest broadcast, the folks at Tribute Games and Dotemu revealed that Teenage Mutant Ninja Turtles: Shredder’s Revenge is dropping onto PlayStation 4, Xbox One, Switch, and PC exactly a week from now on June 16. It’s backward-compatible on PlayStation 5 and Xbox Series X/S, of course, and will also be available via Game Pass. Shredder’s Revenge is a spiritual successor to Konami’s popular Teenage Mutant Ninja Turtles arcade games of the 80s and 90s. The beat ‘em up ob

Earlier today, Geoff Keighley kicked off this year’s Not-E3 season with Summer Game Fest, a loud, two-hour showcase of all the ways you’ll be able to murder people in video games over the next year or so. It was, to be quite honest, a lot. Thankfully, the folks at Day of the Devs showed up immediately afterward with a show that felt more like guided meditation than advertisement. Day of the Devs, a “fantabulous celebration of indie games” now in its tenth year, followed the corporate-mandated e 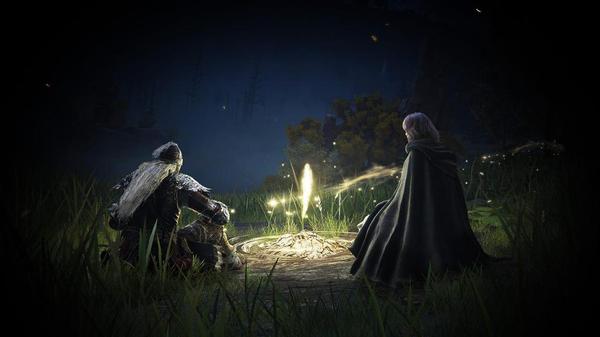 With Elden Ring over three months removed from its February launch, players are now looking for more challenging ways to experience the massive FromSoftware game. Enter a mod that introduces hunger and thirst mechanics, a whole host of region-specific diseases, and nights so dark that you need a torch to see more than a few feet ahead of you. Earlier this week, prolific Dark Souls modder Scott “Grimrukh” Mooney released his Elden Ring survival mode mod, which he describes as a “charity commis 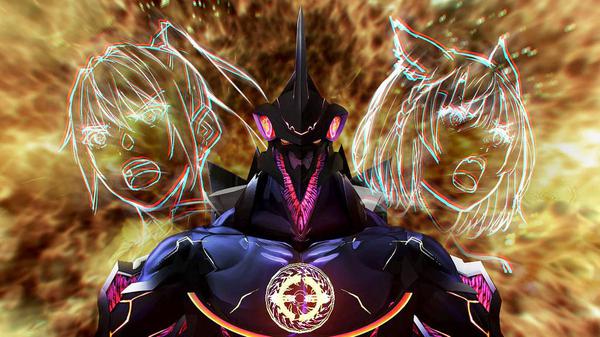 Nintendo opened pre-orders for the Xenoblade Chronicles 3 special edition bundle four hours ago. But since then, the online store’s been unstable as folks rush to drop money on the collector’s item. “We apologize for any inconvenience that you may be experiencing while attempting to pre-order the Xenoblade Chronicles 3 special edition,” Nintendo’s official Twitter account said less than 30 minutes after pre-orders opened this morning. “The My Nintendo Store is experiencing a high volume of traf
Load More Articles
Close ✕